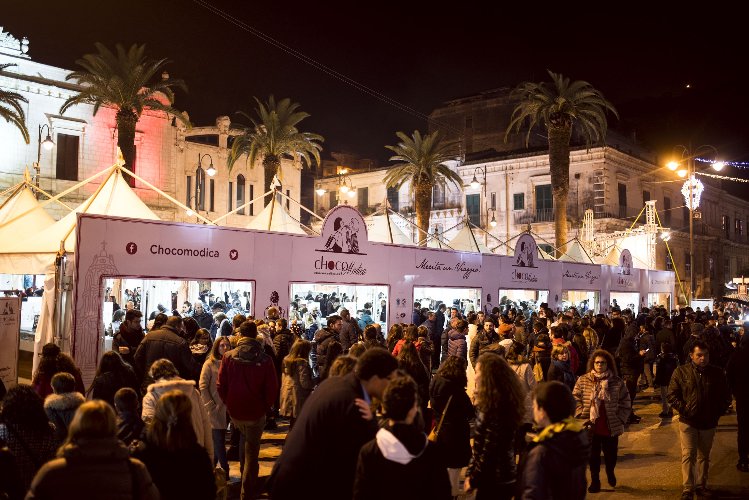 Modica – ChocoModica 2018 changes date and returns in December. To be precise from 6 to 9 December, then proposing itself again in the traditional weekend of the Immaculate. The decision was taken following the request received by the Consortium for the Protection of Chocolate Modica and by the producers themselves, to prevent the concomitance of the assignment of the PGI mark and the same party that had been scheduled for the weekend 25-28 October.

Following the meeting last week at the Ministry, the publication of the registration in the European Journal, is announced in fact for the first days of October and consequently the European Regulation will come into force after 20 days, so most likely around 24/28 October. Waiting for the priority requirement of the manufacturing companies to start the production of certified IGP chocolate, given the upcoming autumn campaign, which involves the companies and the management of the Consortium in the complex management of the activities of subjection to the Control System, the most sensible decision was to postpone the date of what will be the first edition of the IGP brand. “We believe it was the right decision – declares the Mayor Abbate – to meet both the needs of the producers themselves and the CTCM and to participate in the official delivery of the IGP in Rome, thus the 2018 edition will be the first in we can apologize in the name of the whole organization for this change in the race but it was due to the importance of the delivery of the PGI brand “.

This website uses cookies so that we can provide you with the best user experience possible. Cookie information is stored in your browser and performs functions such as recognising you when you return to our website and helping our team to understand which sections of the website you find most interesting and useful.